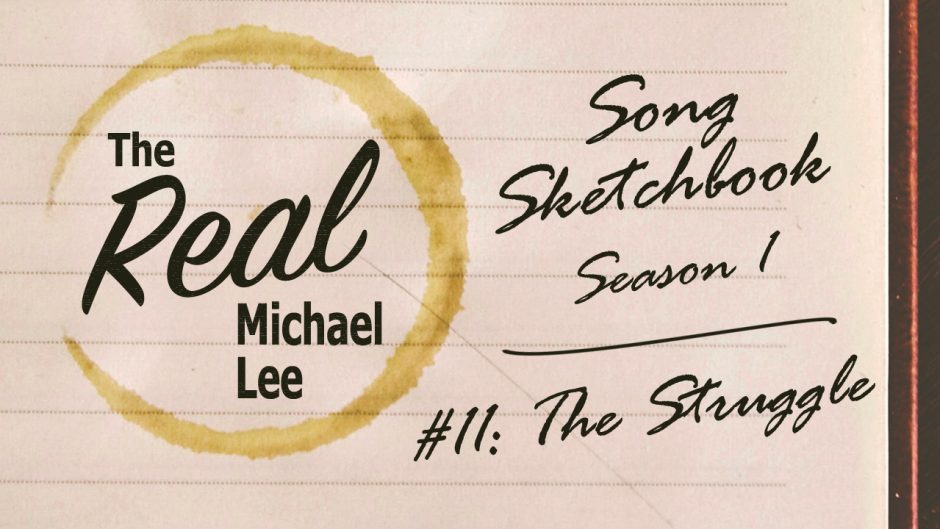 This week’s song sketch is about a conspiracy theorist who’s life is not all that great due to his paranoia. I got the idea from all those truther folks in the news lately and how conspiracy theorists used to be a lot less harmful. I tried to steer clear of the more “hot button” theories in the song. We don’t want to start anything, now do we? (Says the guy who’s Twitter is largely exactly about “starting something.”) I also put a little twist in the character’s story, so stick around to the end of the song!

Lyrically this song changed quite a bit from the original idea. At first it was going to be about how the character’s paranoia was ruining his relationship, but it just wasn’t clicking with that idea. It wasn’t until I came up with the twist at the end that the song came together. If it makes the cut for the album, I do plan on tweaking some verbiage as it can use a bit of tightening up, like dropping a word or two for the sake of flow.

Musically I had originally planned to have some fingerpicked guitar in the song, but the sound in my head just wasn’t coming through. It turned out what I wanted was a banjo, but I don’t (yet) have one, so I scrapped that idea. (Lesson learned from last week!) I also had an idea for the slappy bass line, but that too wasn’t working, so I scrapped that and, after a lot of experimentation, ended up with the bit-crushed bass you hear in the song.

I will say I am quite partial to the guitar solo…

Next week I might try something a bit different (yet fun) for my song sketch. I’m still toying with the idea and am not 100% on it, but we’ll see.