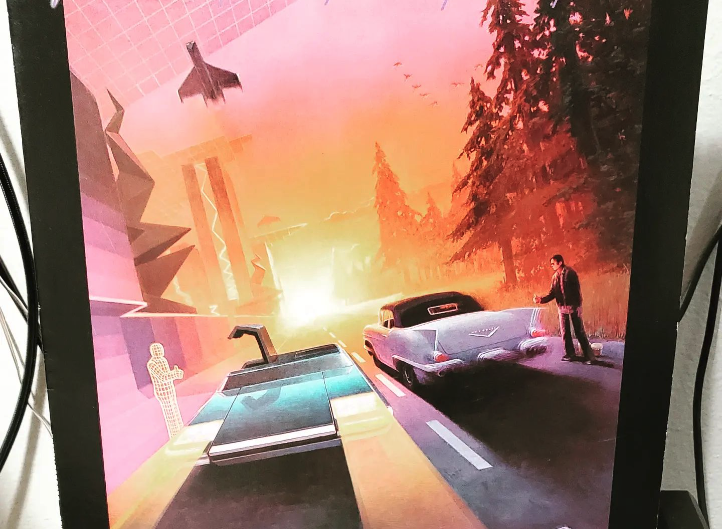 Trans is an album that answers the burning question: “What if someone gave Neil Young a vocoder?” Sure, the opening track is light country jam that’s par for the course for Neil’s output thus far (i.e. up until 1983). However, that track is nothing more than a ruse to lull the unsuspecting listener into comfort before the rug is pulled out from under them. “Ah yes, good ol’ Neil. This sounds right.” You might think. But NO! The Second track comes in and leads the listener on a weird techno journey through Neil’s neon world. Now it’s synth and vocoder everywhere. EVERYWHERE (also rockin’ guitars). He’s using more vocoders than Kraftwerk even. In fact, it’s almost like he heard Kraftwerk’s Computer World (which came out two years prior in ’81) and said “I wanna do THAT.” Now, track one on side two is also a “safe” song in the form of a quasi-retro rocker, but once that’s out of the way it’s back to the vocoder, baby! Ok, MOSTLY back to the vocoder as side B contains two non-vocoder songs, but we can let it slide because the third non-vocoder song is quite solid. This is an album that was WAY ahead of its time. I’m sure many Neil fans were shocked to hear this when it first came out. Nowadays stuff like this is pretty common and you can hear the influence of this album in acts like The Faint, who have taken this sound and updated it for a new era.

I was first turned onto this album by my buddy Jeff Soule, whom I worked with on my Synthetic Man single. He mentioned my song reminded him of this album. I hadn’t known this album existed and, upon seeking it out and hearing it for the first time, was blown away. It’s strange and it’s rockin’ and it’s a fun listen from start to finish. Kudos to Neil for really breaking from genre conventions and putting together this weird experiment for the world.

Other acts around this time were also experimenting with synth, but leave it to Neil to go whole hog and make an album like Trans. It’s an oddity for sure, especially considering all his other works, but it’s an oddity that arguably broke ground and paved the way for synth rock as we know it today.