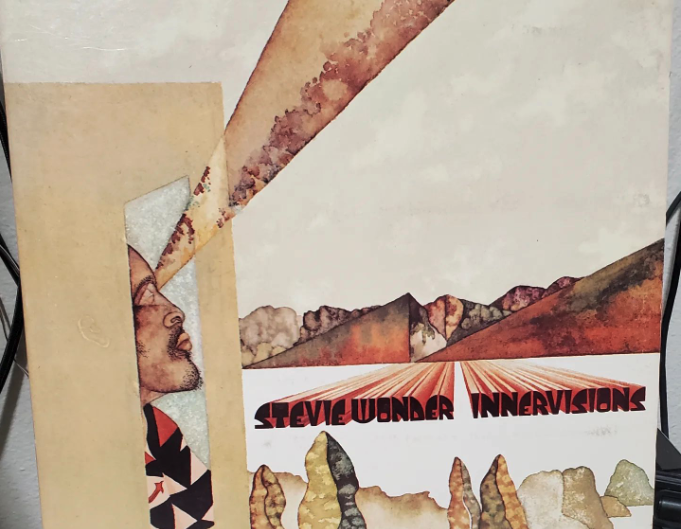 One thing comes to mind when listening to Innervisions: Legend. From start to finish the album flows with an energy brought on the wings of Stevie’s soaring vocals and funk beats. Also, with a few exceptions, he played ALL the instruments AND wrote and produced the entire album himself! In 1973, that was a very rare thing to encounter, let alone from someone with a disability. Opening with a hi-hat slurp on the funky “Too High” and seamlessing segueing into the beautiful “Visions,” Innervisions takes the listener on an audio journey through Stevie’s world in the early 70s. You feel like you KNOW Stevie after listening to this album, which is hard for any artist to do, proving this entire album is truly a masterclass in thoughtful writing and powerful performance.

As a suburban white kid, my introduction to Stevie Wonder was The Red Hot Chili Peppers’ cover of “Higher Ground.” That being the case, Innervisions, which contains that song, was my first foray into his music. But what an introduction it is! You’ll find every bit of Stevie’s varying sounds contained in these nine brilliant tracks. It’s a record that’s influenced thousands and there’s a reason it’s always included on all those “top 100” albums of all time. It’s a classic in every sense of the word and a gift from Stevie to the generations who have heard it and the ones yet to discover it.