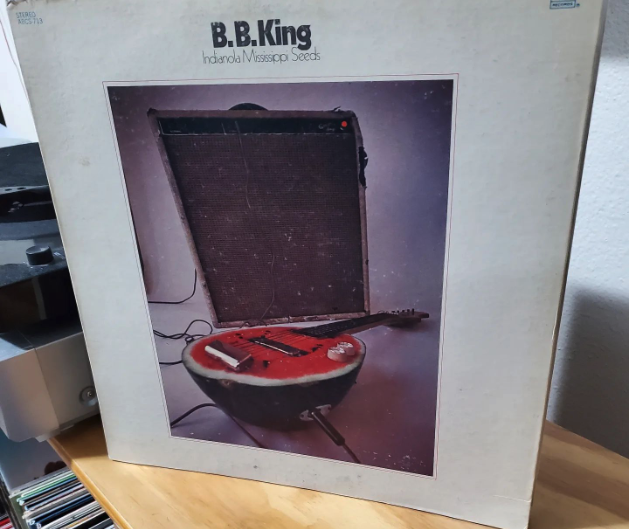 Indianola Mississippi Seeds was B.B.’s eighteenth (!) album. Released in 1970, This album is NOT what you’d expect. Starting off with the stripped down “Nobody Loves Me Like My Mother” it lulls you into a false sense of sameness. “Oh, ok. Pretty straight forward blues…” Then it explodes into the killer “You’re Still My Woman” and weaves and ducks through the remaining seven tracks that sees B.B. deliciously incorporate an orchestra as well as venture into more straightforward rock territory. B.B. navigates these additions and changes with ease, creating an album that’s subtly eclectic yet 100% true to B.B.’s style. It’s no wonder B.B. himself noted Indianola Mississippi Seeds as his favorite release.

I’m probably speaking to the choir here, but B.B. King was a true legend. He was someone that every guitar player is influenced by, whether they realize it or not. His style was studied and imitated by many artists and it’s very likely that your favorite guitarist studied him. I sure have. Hell, I once messed up my shoulder trying to emulate his signature “butterfly” vibrato technique (don’t ask). He was an artist that truly infused emotion into his music and his guitar. George Harrison might have made his guitar gently weep, but B.B. made his truly sing with the whole breadth of human emotion.