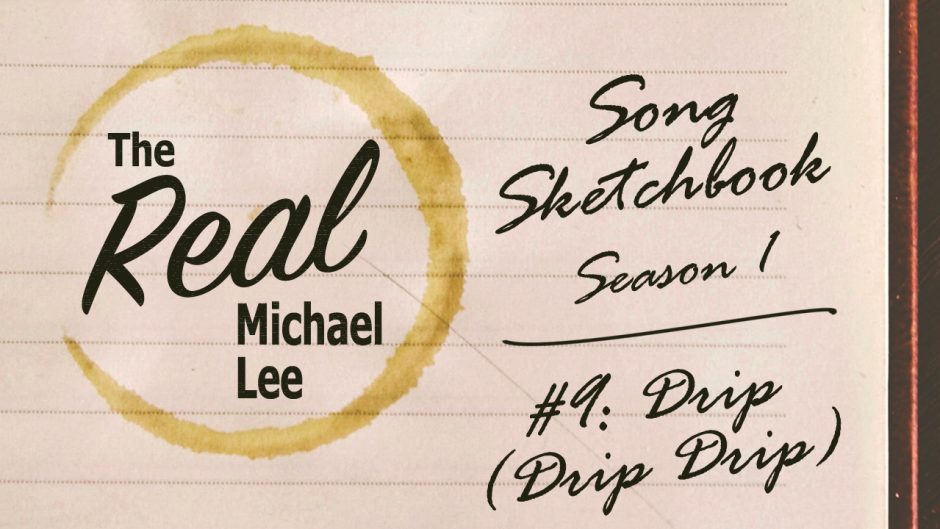 Drip was designed to be a simple song due to the fact I knew I wouldn’t have as much time to work on it this week. I believe its earworm-quality stems from that. I hadn’t originally intended to repeat the chorus so much, but in the end I think it works well with the idea behind the song.

If this song makes the cut for the album, I may change out the synth-like guitar for an actual synth. I had originally wanted to use a synth here, but was not able to get my hands on one for the recording (long story). I have computer programs that can do that, but they’re a real pain in the butt to use. I think the buzzing guitar works well in its own right, but I was hearing a synth part when I wrote it. Maybe I’m just too stuck on that and need to live with the guitar? I do enjoy how it goes into a lengthy “jam” over the end part and fade out. That was purely on accident as I just started soloing over it during a take. I’m sure I’ll have a completely different take on it when I revisit all of these songs at the end of this project.

And on that note, cue the music: