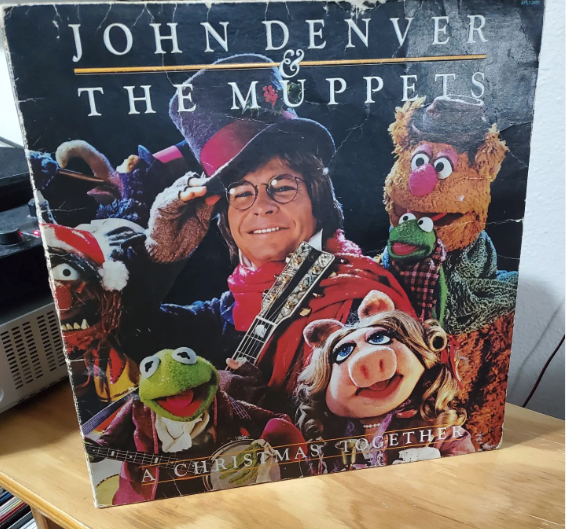 John Denver & The Muppets – A Christmas Together

When you think about John Denver, I’m guessing the first thing that comes to mind is “folk singer” or “humanitarian” and not “frequent Muppet collaborator.” Well, he was all those things, and in 1979 he and friend Jim Hensen graced the world with the first of TWO Denver/Muppet holiday specials called A Christmas Together. The soundtrack to the special is an interesting listen outside of the context of the TV special. It bounces around from zany to sweet and incorporates a smattering of musical styles that are as varied as the Muppets are quirky, with numbers like the Beach Boys’ Little Saint Nick existing on the same side as a rendition of Silent Night that comes complete with German-language verses. All the while John Denver acts as a sort of ring leader, fronting many of the numbers and showing off his amazing vocal talents throughout.

The Muppets inhabit a weird pocket of pop culture and you’ll be hard pressed to find someone who DOESN’T like them. They have persevered through multiple downturns in popularity and always find a way to return to relevance. Part of their staying power are the guests/collaborators they’ve worked with over the years. With his fuzzy friends by his side, John helped curate a selection of holiday tunes that’s fun for everybody and, despite the lack of context of the TV special, holds up surprisingly well thanks to the lasting legacy of the Muppets.