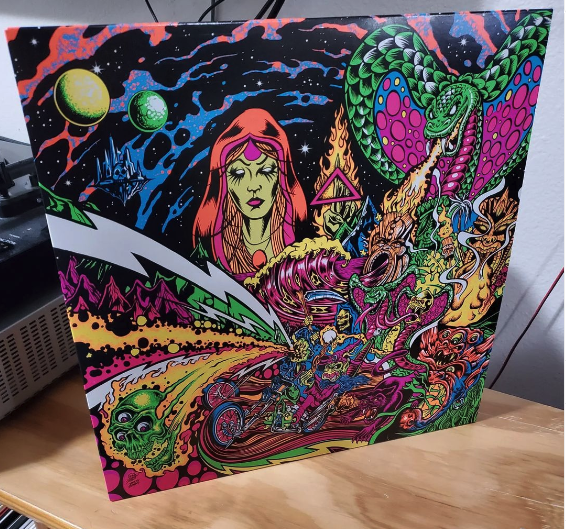 With a name like “Tropical Gothclub,” it’s hard to pin down just what to expect. But Dean Fertita’s first solo outing (after a career in multiple bands as well as playing backing musician to many famous names, some of which are Sound Selections alums) is a neon freak-rock endeavor with nods to his past collaborators peppered throughout its 37 minutes. It bleeds cool with interesting guitar tones in conversation with psychedelic organ and a rhythm section that drives each song with a nimble-yet-solid beat. All this combines with Dean’s double tracked vocals (and the occasional vocoder, because why not?) for an interesting experience that’s retro new wave, yet modern indie rock.

Dean is a musician who I’ve apparently been listening to for YEARS but was unnoticed because he’s always been overshadowed by his collaborators. He’s worked with Queens of the Stone Age, Beck, Iggy Pop, Jack White and was in The Dead Weather and The Raconteurs among many other bands. That’s embarrassing to say, as he’s a very talented individual. I really hope we get more Tropical Gothclub in the future, as this album is right up my alley and is every bit as interesting as its eye-catching neon cover art suggests.