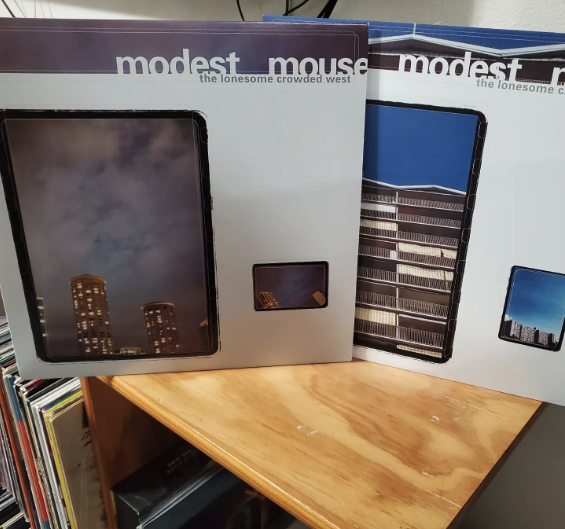 I had originally planned to do this album in a later installment in the series, but with the unfortunate passing of MM’s drummer, Jeremiah Green, I felt I should bump it up on the list to honor a man who helped create one of my favorite albums.

Modest Mouse’s second album, released in 1997, is a collection of 16 (15 on the CD version) tracks that originally put the band on the map of the indie music scene. The songs on this album are multi-faceted and have a sort of cinematic quality, as each feels like a vignette with each change in tone/rhythm a new scene in the episode. They each feel unique without feeling disparate, combining the somewhat manic garage rock of their first album with more complex (and yes, still manic) numbers with an ear for uniquely utilizing different musical styles. This all amounts to an album from a band who had their eye set firmly on the path ahead of them and wasn’t about to be held back by anyone’s expectations.

The Lonesome Crowded West doesn’t FEEL like it was released over 25 years ago. It feels right at home in 2023 as it does in 1997. And while many would likely point to their NEXT studio album as the one to listen to (because yes, The Moon and Antarctica is an amazing album), I personally love the variety and sheer RAWNESS of The Lonesome Crowded West. It’s a record that hasn’t aged a day and is right at home in any modern record collection.