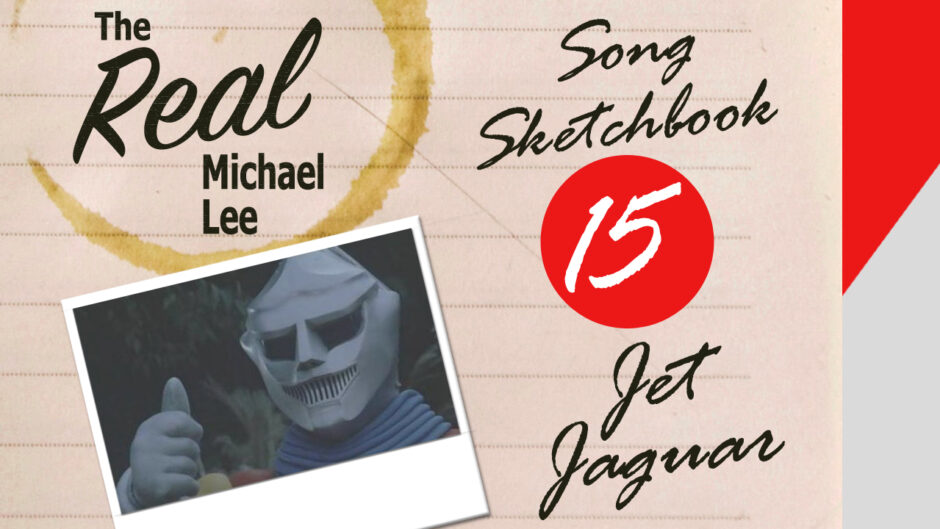 For those not in the know, Jet Jaguar is the robotic friend of Godzilla from the film Godzilla Vs. Megalon. He was essentially an Ultraman clone who was designed to capitalize on his popularity at the time, but he’s gained a cult following in his own right.

This is also my second Godzilla-themed song sketch. Maybe I should just make the rest about different Godzilla monsters?… Kidding. Not gonna do that… Or am I? (No.)

Musically Jet Jaguar marks a growth point for me. Not only did I incorporate some new musical theory (like using the diatonic scale in my solos), I also, finally, turned off the “clean” filter effectively and achieved a workable “dirty” sound. I had tried that before on other sketches to varying degrees of success, but I feel Jet Jaguar does it the best. The utilization of occasional feedback, along with the subtle synth(!) bits, add a ton of character to the song.

Of everything, the only thing I think I’d change for the album is the vocals. They’re not QUITE what I imagined. I did imagine them with the effects, but I want them to be a bit smoother AND have energy. It’s a fine line to walk and I wasn’t able to quite get it in the hour or so I had for recording vocals. Other than that I’m surprisingly happy with the instrumentation here.

Give it a listen and let me know in the comments if you’d like more Godzilla-themed songs.