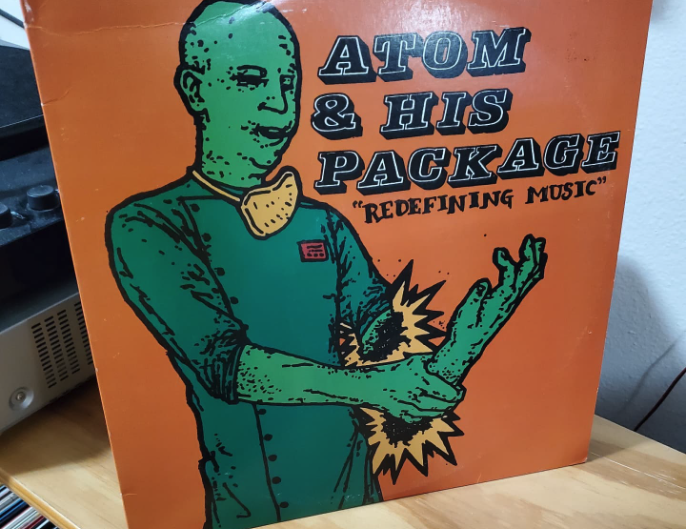 Atom & His Package was an anomaly in the punk world. Adam Goren’s one-man show, with drum machines (the “Package”) and his signature nasally vocal delivery SHOULDN’T have worked, but it did. Only active for about seven years, Atom released five studio albums and made a lasting mark on the punk world. His fourth album, Redefining music, finds Atom at his peak. Here he really found his footing and solidified a sound that sounded much more complex than it actually was. The drum machine is more natural sounding, the guitar is much more prevalent, and, most importantly of all, the songs are catchy. Atom’s uniquely sharp observations permeate throughout this album and we see the beginnings of a slightly more mature writing style. Overall, this album is one that will make you think and will have you singing its hooks well after it leaves your turntable.

It’s no secret I’m a longtime Atom & His Package fan. When I heard him back in my junior year in high school, right before Redefining Music was released, he changed my perspective on music. Prior to Atom I was something of a metal head. After Atom, however, I was opened to a whole world of amazing music, which expanded every year since to grow into the very well-rounded appreciation for all music I have today. I actually wanted to feature Atom sooner in my Sound Selections column, but I only recently was able to obtain a vinyl copy of this album (which is my favorite of his). While admittedly some lyrical elements have not aged well, overall I think the record was a benchmark for the late 90s-early 00s punk scene and a truly unique musical offering worth your time.