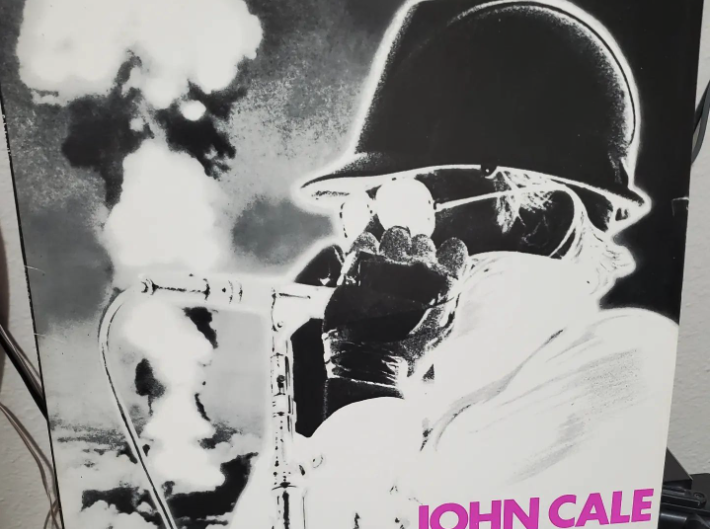 Sabotage/Live is easily John Cale at his most forceful and aggressive. Recorded in 1979, the punk scene was well-established and John Cale, who arguably helped birth the genre a decade earlier, dove back in the deep end. This album is all-new material that’s leaves behind the somber piano and melts face with searing guitars and catchy riffs. John doesn’t fall into the trappings of early punk with simple power chords and repetition. No, you get his signature thoughtfulness combined with solid musicianship and songs that individually stand out on their own while at the same time serve the album as a whole, all with an energy that only CBGBs (where it was recorded) could instill in John and his band… Ok, MAYBE cocaine too. But regardless of HOW it was produced, the energy is there and crackles throughout both sides of this album.

John Cale is an interesting musician for me because of the vastly differing eras of his music. He goes from high-concept experimental drone music to punk to introspective piano ballads to avant-garde synth pop (not necessarily in that order). He really does offer something for everyone. I enjoy his ability to seamlessly cross genres while still sounding like himself. Sabotoge/live shows this with its side 2 offerings. You get a small respite from the heaviness with the beautiful “Only Time will Tell,” which is like John’s softer side reminding us it’s still here and to remain calm… Right before “Sabotage” comes in and hits you upside the head with its ice pick guitar and gerrot wire bass. It then pivots again and ends on a very gospel-sounding number…. Which includes a coda of a piercing tone not unlike the severe weather alert one gets on their phone. It’s pure John Cale through and through and a good jumping-on point for those who only know John from his VU days.