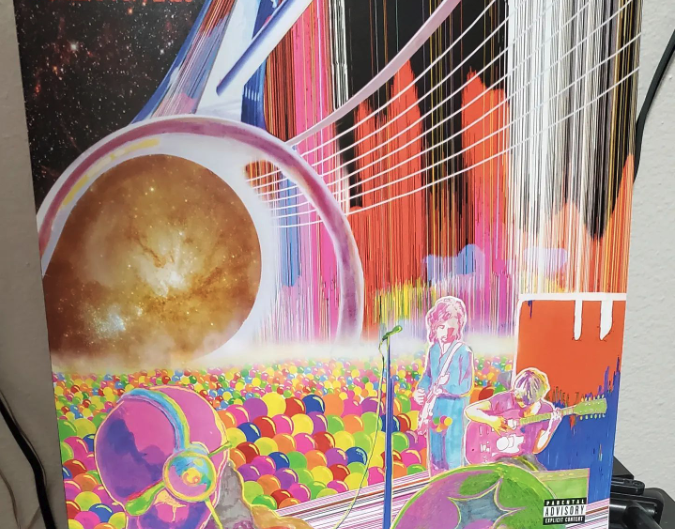 The Flaming Lips – Onboard the International Space Station Concert For Peace

The Flaming Lips have never been ones to embrace conventions. Their live(ish) album Onboard the International Space Station Concert For Peace (hereafter written as “Onboard…”) is no exception to this ethos. It’s a selection of tracks from their Oczy Mlody album reworked similar to how they are performed live, but framed in the context of a concert in space. For any other band this might sound silly, but for the Flaming Lips? Right on brand. In fact, I’d expect no less from Wayne and the boys. The sound of the album is out there, but in a stripped down kind of way. It’s studio produced, for sure, but the songs all take on a new vibrant life in these “live” versions. The illusion of this being a live show is well maintained throughout as well. The audience reactions are well curated and very authentic-sounding to the point you can practically identify at what point Wayne rides around on the unicorn throwing confetti at the crowd.

Having seen the Flaming Lips live, I feel I have something of a deeper appreciation for what this album is doing. It’s a pretty good analogue to an actual live recording and has a fun concept to boot. You get the psychedelic “jams” and the sense of fun of their live shows (You almost want to cheer along with the “audience” when Wayne breaks into the vocoder solo!), but without having to think of the poor venue cleaning crew that will have to sweep up the (possibly literal) ton of confetti afterwards. With Onboard…, the Lips managed to capture the delight of their live shows and beam it all the way from space to your stereo.