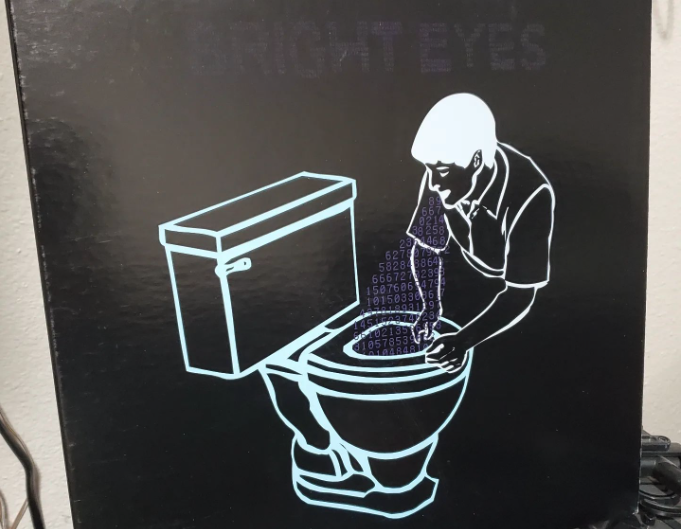 2005 was a big year for Bright Eyes. They catapulted into the mainstream with not one, but TWO albums released on the same day on the legendary Saddle Creek label. The two albums were polar opposites of each other, with I’m Wide Awake, It’s Morning’s folk stylings countered by the dark electric sounds of Digital Ash in a Digital Urn. A departure for the band, D.A.i.a.D.U. pairs Conor Oberst’s melancholy romanticism with near industrial song stylings. Along with heavy textured beats (often a combo of live kits and a drum machine) and sweeping synths, you’ll find horns and new wave-like guitar work weaving through twelve tracks that can sound both upbeat and dark at the same time. Hope and death vie for control of Conor’s world and the listener is there to hear the struggle play out.

Like I mentioned in my review for Danse Macabre by fellow Saddle Creek band The Faint, the early 00s were a golden age for that record label. I discovered Bright Eyes through the little catalogue the Saddle Creek included with all their releases and thought, “well, I like all this other stuff from them, I bet I’ll like this too.” Spoiler: I did. And my introduction to Bright Eyes was this album as well as its release companion. Admittedly, at the time, I was more interested in D.A.i.a.D.U. Its textured electric sound was more in line with my interests then, but hearing it side-by-side with I’m Awake… showed me that you can, artistically speaking, have your cake and eat it too. Conor was able to successfully transplant his melancholy folk out of the organic world of acoustic and into the electric black light of the synth realm. Many artists have tried to transplant their music into other genres and failed, but Conor proved that it can seem effortless when you understand what makes the music “yours.” If the heart and brain of the song is the same, the body they’re wrapped in can be a mushy human or a metallic cyborg and still deliver a recognizable message to the listener.