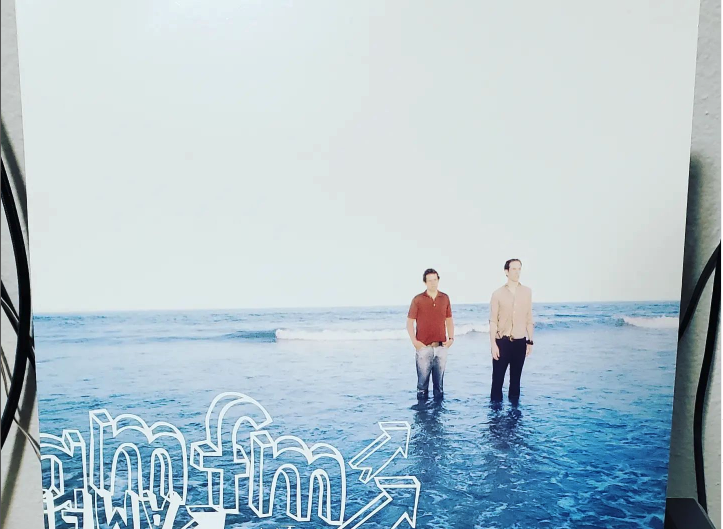 AM/FM – Getting Into Sinking

Getting Into Sinking is an album of perfectly crafted folk-ish emo-ish tunes. I say “ish” because it never goes full-on folk or emo but pulls itself back just before it crosses that line. The songs are acoustic-centric, but also incorporate loads of electric to create a moody yet hopeful feel. Lyrically the songs are quite often about love or relationships, but aren’t all crying-in-your-blueberry-muffin sad. They’re more “awkward youth” emo versus “I’m sad. Everything is sad” emo. “It’s also an album with something of a mellow vibe, almost chill, which is hinted at in the album artwork of the band hanging out on a beach. Oh! I also have to point out the neat album “looping” feature which, if allowed to restart automatically, segues the end of the last track into the beginning of the first track. This obviously doesn’t work on vinyl, but instead the segue parts act more like the ends of a bow, tying the whole album up into a neat little package.

I’m not sure when exactly I learned about AM/FM. I believe -and don’t quote me on this- that I saw them at a show opening for Atom and His Package (Brian Sokel is Adam’s good friend and now bandmate and is 1/2 of AM/FM). However, my memory of that concert is a bit hazy so I’m not sure exactly who all I saw that night. I do know that I learned about them via Atom in the early 00s, so there’s that. The vinyl version you see in the image is actually the second copy of the album I’ve purchased. Back in the day I had a CD copy, but that got scratched too badly and is now full of skips. I then stumbled upon the then-unknown-to-me vinyl copy tucked away in the punk section at a local record store. I was thrilled to have it again, especially on vinyl!

For me, this album is one I love to throw on when I want a nice relaxing album in my ears. I used to listen to it on snowy mornings while riding the train into the city to my college. It just pairs really well with falling snow. Maybe it’s the sleigh bells? I dunno. It just works, though. Definitely give it a listen and see for yourself.