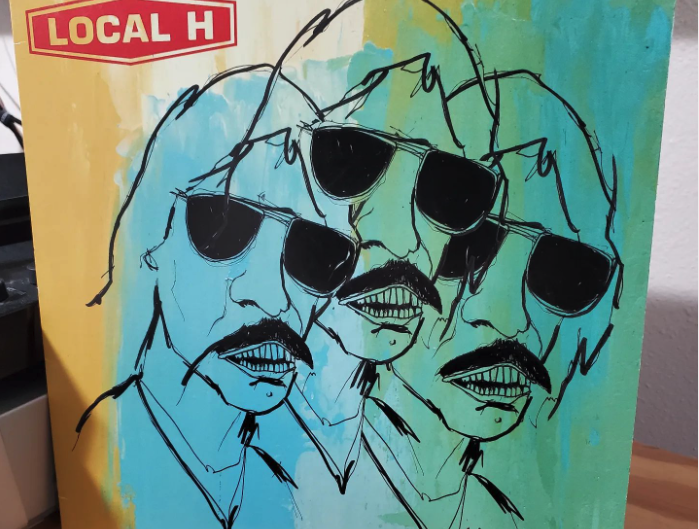 Before the White Stripes and the Black Keys broke onto the scene and made power duos “cool,” Local H was busting eardrums with their heavy-hitting riffs and earth-quaking drums. Hey Killer, a newer record of theirs (2015) is a good example of the sound these gents are known for. Drop the needle and you’re greeted with a distorted guitar drone that swells into the intro riff of “Last Picture Show in Zion,” building the energy and heralding what’s to come. What comes next is almost 50 minutes of pure Local H goodness. I don’t mean that in a general sense, I mean they have a certain sound and are VERY good at consistently producing music within that framework without sounding redundant. When you hear a Local H song, even if it’s a simple acoustic number or even a cover, you know who you’re listening to because of the sonic consistency they’ve built.

I will never forget my first experience with Local H. It was back in 1999 and I saw them play at a festival in Chicago. Back then it was just the two guys on stage and they absolutely blew me away with their performance. Up until then I had never imagined two people could rock SO HARD. It was also the first and (until I see them again in a few weeks) last “reach-around” guitar solo I’ve ever seen. (A roadie came up behind the frontman, Scott, during one of the songs, reached around him and played the rhythm part on his guitar while he did the solo, then ran off the stage when finished.) It’s a sight to be seen and is just one of the many reasons this band is legendary and well worth a spin on your turntable and a ticket to their show.