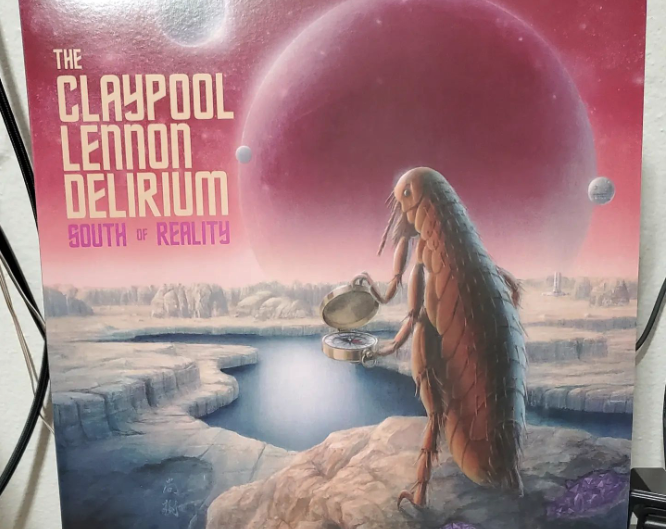 I feel South of Reality is one of those albums that few people know exist. I’m not sure WHY I feel that, but I do. It might not be true (probably isn’t), but I never hear anybody mention this band when talking about either frontman’s work. It was released to (what felt like) limited fanfare in 2019 but it’s an album that any jam/psych/prog fan should hear. The second outing from their collaboration, Les Claypool and Sean Lennon bring a deep dive into a mind-bending world where both songwriters take turns guiding you through nine tracks that are both sonically twisted and surprisingly grounded at the same time. All of the songs are rockers, for sure, with Sean’s powerful solos slicing and dicing over Wes’s signature bass stylings. Mix in smooth-yet-driving drums and some well-placed keyboards, and you have the recipe for a truly solid psychedelic romp.

I first heard of The Claypool Lennon Delirium when I saw the Flaming Lips were coming to town and TCLD was opening. Before the show I binged their albums and was totally digging it all. When it came time to see them live, I found they really like to jam, which is awesome, and Sean and Wes have a great rapport that often had the audience in stitches. It was a great set (full of South of Reality numbers, as well as one Primus jam and one John Lennon cover/jam) and solidified me as a fan. True story: after their set, while the Lips were setting up, TCLD’s keyboardist came down to the backstage gate (it was at a small outdoor amphitheater) and did a casual meet and greet. I shook his hand and complimented him on his choice of hat… I felt it was the right thing to say.