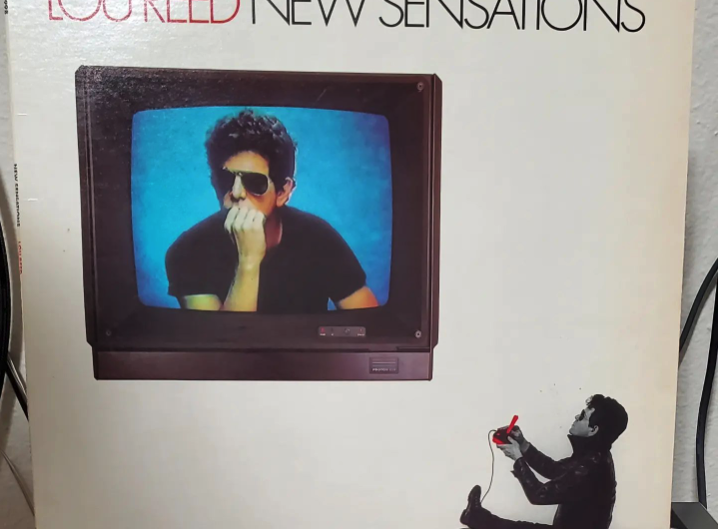 Lou’s 1984 outing is deceptively peppy. Sure, it has that 80s sheen, but once you unwrap the shiny plastic it’s everything we’d expect from Lou: thoughtfully gritty lyrics and killer guitar work. It feels like it is just commercial enough to sell (and sell it did, being one of his best selling albums to date) but Lou doesn’t compromise his artistic integrity for the numbers. The sound of this album has an arena rock feel and could stand up with peers like the Boss or Mellencamp, but has an intimacy that brings it right back to the living room. You have your big drums and chorus of backup singers, but you also have Lou’s delicate guitar work bringing the sound in close and tying everything together.

It’s absolutely no secret that I’m a huge Lou Reed fan. It was difficult for me to pick which album of his I’d feature first. I went with New Sensations because it would be one that’s least expected and possibly new territory for some. Hell, pretty much anything between Street Hassle and New York could qualify. Lou’s 80s output is often overshadowed by everything that came before and after. It’s not the experimental or glam of the seventies, and it’s not the bluesy grit of New York onward. It’s just Lou being Lou in a neon soundscape, adding that bit of that grimy character that a lot of the mainstream music of the 80s seemed to lack.