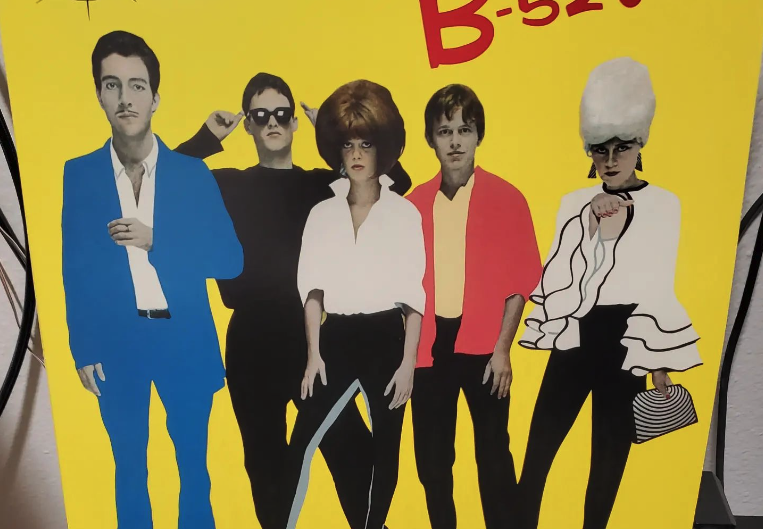 The B-52s’ first album is a new wave party from start to finish. Opening with “Planet Claire,” a song that perfectly captures the feeling of campy sci-fi, you’re taken on a witty exploration of kitsch as you make your way through the next 35 minutes. This album FEELS like you’re working your way around a party at high speed. Side A culminates in the incomparable “Rock Lobster,” where the party has reached its peak and EVERYONE is buzzing. Side B starts off with the saucy “Lava” and ends with a cover of the Petula Clark hit “Downtown” which feels like the end of the night (or morning?) when everyone is coming down and you’re all sitting around, singing old favorites.

I’ve been a fan of the B-52s for a while, especially their first couple of albums. Although for me, the B-52s nailed it right out of the gate and their first album is the one that really shows them at their weirdest. Sure, the big hits would come later, but for me, it’s hard to top the manic surf rock that is “Rock Lobster” or the thrift store Halloween chic that is “Planet Claire.” As of writing this they just recently concluded their farewell tour, which is sad because I couldn’t make it to see them. But at least I’ll always have this album.