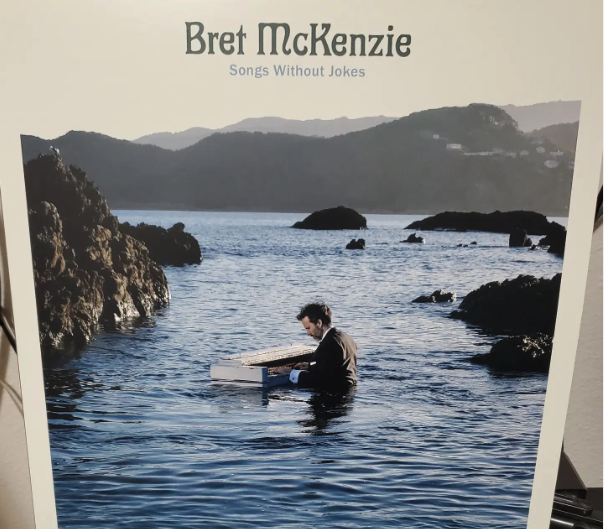 This might be the fastest release-to-write-up on Sound Selections… Bret McKenzie, of Flight of the Conchords and the (Oscar winning) music from the Muppet movie reboot, has released his first solo album. As the name implies, it’s not the typical silly stuff he’s been known for up until now. Songs Without Jokes is Bret branching out from humor and really showing off his songwriting chops. Right out of the gate Bret mulls over the seemingly decaying state of the world today and asks why we don’t fix it if we KNOW the problem. (An excellent question.) Throughout the rest of the album he continues to open his mind and his heart in 11 tracks that range in style from piano ballads to 80s pop, proving that he truly understands and appreciates the styles he was parodying back in the day. The songs flow together beautifully and every number is Bret Mckenzie through and through.

As my early work might bely, comedy rock, especially the Conchords, was a huge influence on me. I can’t remember the number of times I’ve re-watched that series or listened to those albums. I’ve always loved Bret and Jemaine’s writing style and clever word play. When I saw Bret was releasing his first solo album, and one of serious songs at that, I immediately preordered it. I feel a definite kinship here, as I, too, am working to shed my old humor music skin and wish to be seen as a more serious songwriter. It’s not easy to change like that, as you’re sure to ruffle some feathers. But with Songs Without Jokes, Bret truly proves that he is a versatile songwriter. I have no doubt that the folks who loved the Conchords back in the day will love this album… And the folks that DIDN’T like them will quite possibly find something to love in these jokeless numbers.