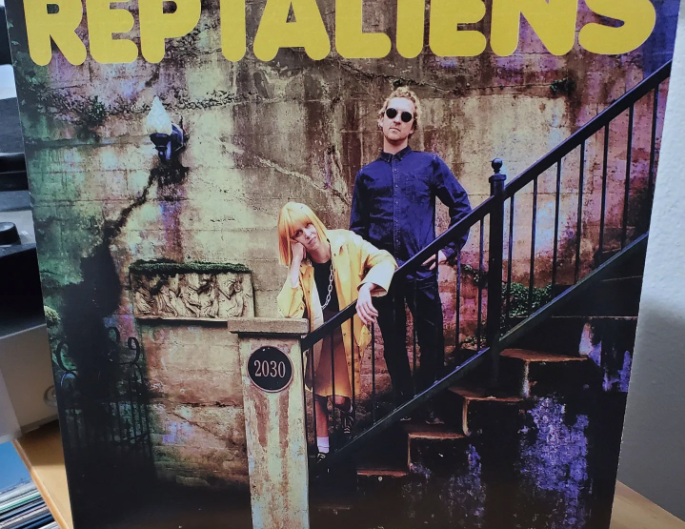 Released just this year, Reptailens’ Multiverse is an album clearly influenced by the pandemic. Feelings of being trapped and wishing for more are weaved together with a shoegazey, psychedelic sound. Dreamy vocals float over whimsical guitars and a groovy bass for a collection of tracks that feels light and airy, but are so much more than simple pop songs. Oh, and if you need assistance taking to the air with the Reptaliens’ excellently breezy sound (which shouldn’t be hard), the album comes with branded rolling papers, which will be of more use to you depending on the state where you live.

My first encounter with Reptaliens was their performance of Multiverse’s opening number “I Feel Fine” on the show Wastoids. On the one hand you had this dreamy song about pandemic-driven lethargy, yet on the other there was a person dancing around in a poodle costume. I didn’t know WHAT to make of it, but my curiosity was piqued and I wanted to hear more, so off to Bandcamp I went. (Mission accomplished, I guess?) Poodle dancer aside, Reptaliens offer a solid sound that is great to put on and chill out. They offer enough substance to keep you engaged, but it’s not too heavy and allows you to float along with melodies.