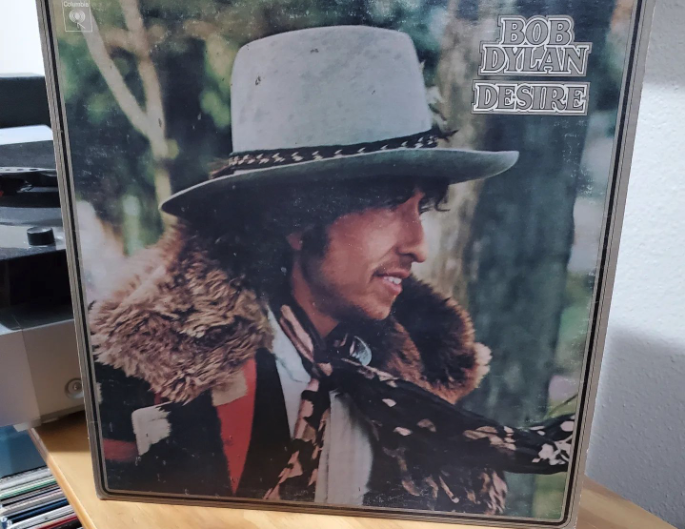 Desire, Bob’s 1976 album, is a very collaborative effort that really encapsulates his creative circle into its every bit. From the collage on the back cover, to the Allen Ginsburg-penned liner notes, to the ensemble of talented musicians on every track, this album is more “Bob Dylan and friends” than anything else. Scarlet Rivera’s distinct violin work weaves throughout Desire’s nine tracks and Emmylou Harris’ iconic voice sings harmony to the point where it’s more of a duet than a backing vocal. It’s a freshly brilliant americana offering from the artist who (arguably) brought folk music to the mainstream.

This era of Bob’s is by far my favorite. Blood on the Tracks/Desire, as well as the Rolling Thunder Revue live album, are, to me, peak Bob Dylan. You might not agree and that’s fine. I’m not discounting any of his other iconic albums (the fact that’s pluralized is amazing enough). Bob has had such a long career with many distinct “eras” that everyone will have different opinions on what era is better than another. For me, Desire is great because it’s an album that has a lot of heart and character. It looks out at the world AND peers inside the soul with a sound that holds you firmly in its grasp throughout both its sides.