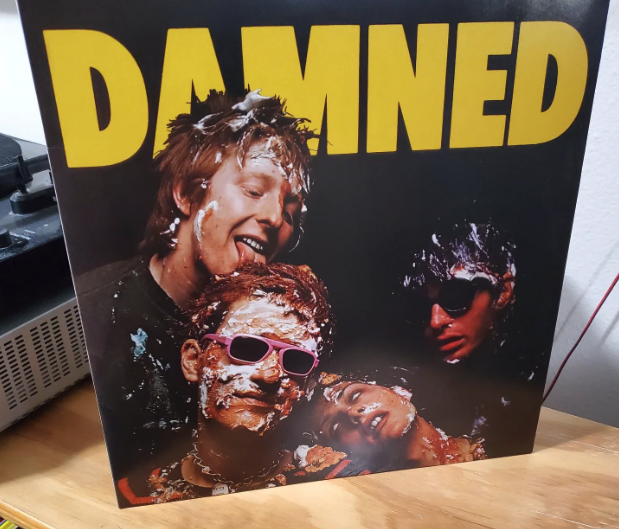 The Damned’s 1977 debut was not only their first album, but it was THE first album of the UK punk scene of the 70s. What stands out about the Damned’s debut is it’s a solidly built punk album. Rat Scabies’  highly energetic drums combine with Cpt. Sensible’s tight bass rhythms to drive the songs speedily forward, while Brian’s killer guitar adds an edge and Dave’s darkly energetic vocals tie it all together. It’s a combination that, while only lasting two albums, created a template that would go on to influence the hardcore and goth rock scenes.

The punk scene of the 70s spawned a LOT of iconic names. But for me, The Damned is a prime example of solid and FUN punk rock. Not only did they bring a sense of musicianship (which the scene got a lot of flak for seemingly not having), you also had (and still have) a cast of characters on stage. Dave’s vampire punk made you look twice while Cpt. Sensible brought a distinct contrast to Dave with his antics and his colorful outfits (which is perfectly portrayed on the back cover). This has served them well over the years as, after a few stops and starts, they are still kicking out their goth-tinged brand of punk to new generations of fans. They’re a band that every bit deserves a place in punk history as well as a spin on your turntable.