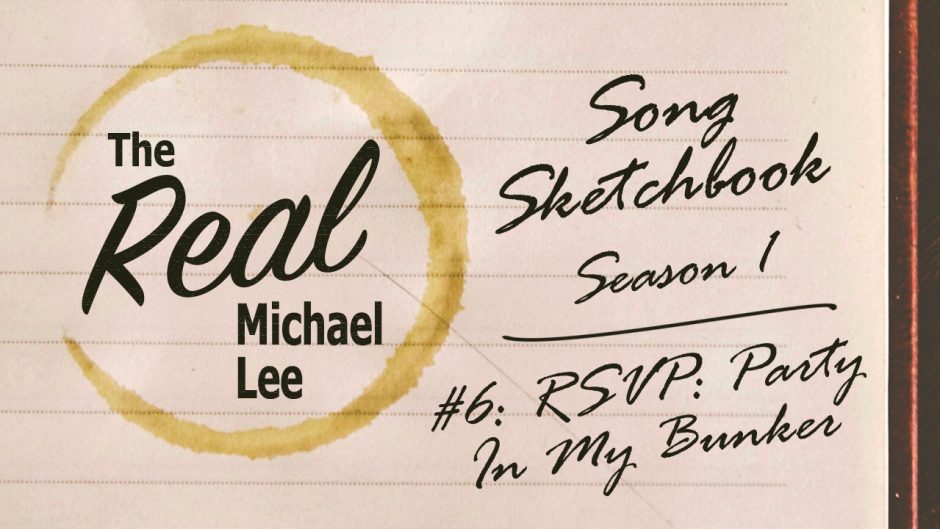 This week’s song sketch is about a paaarrrtaay! Also the end of the world… Because that’s not on anybody’s mind nowadays AT ALL.

I had originally written this song a while ago and largely forgot about it. It wasn’t until it popped into my head over the weekend, totally out of the blue, that I decided to “do it up” for the sketchbook. I shortened it by quite a bit (I scrapped most of what was a second verse and re-worked my favorite lines from it elsewhere), upped the tempo and added a little solo. I still hear things I’d like to tweak if it makes the cut, but I’m enjoying it a lot more than I did previously.

RSVP also includes a nod to one of my favorite musicians. I’m not going to say who or where the nod is in the song, because where’s the fun in that? If you know, feel free to post in the comments!