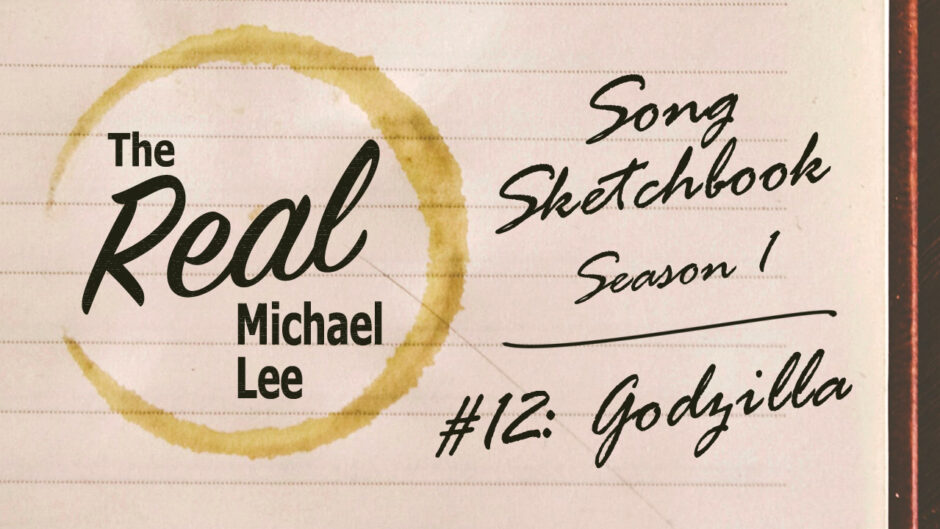 I lasted 12 full weeks without doing a cover song. I hadn’t originally planned to do any covers as part of this project. However I knew this week was going to be a bit tight on recording time and needed something simple. I’ve had the idea to do a folksy version of this song for some time and figured why not? It’s a fun little number! Due to royalties and such, I don’t believe it will make it onto the album, so it’ll just have to live on Youtube (for now). Godzilla is also starting a trend as it’s the second “folk” cover I’ve done. The first being Wonderman by Atom & His Package (available here).

Musically this cover is extremely simplified. I originally planned to have two guitars, but at the 11th hour (literally at 11pm Thursday night) decided the second guitar didn’t work as well as the single guitar and scrapped it. That is why there’s that quiet section after the first chorus. There was supposed to be an acoustic guitar solo there! However, it works with just the one guitar in that part. The finger-picked acoustic and the bass are able to fill that void nicely. That portion really gives the song that “chill” vibe I mentioned above. It’s an example of letting the song dictate where it wants to go, and I’m glad I listened to my own advice!. I do somewhat feel there could be another element or two added to the song, but honestly I can’t think of WHAT they would be. Then again, maybe I’m just overthinking it.

Maybe I’ll do a follow up on children’s instruments called Son of Godzilla…. But for now, here’s the daddy of all monsters: