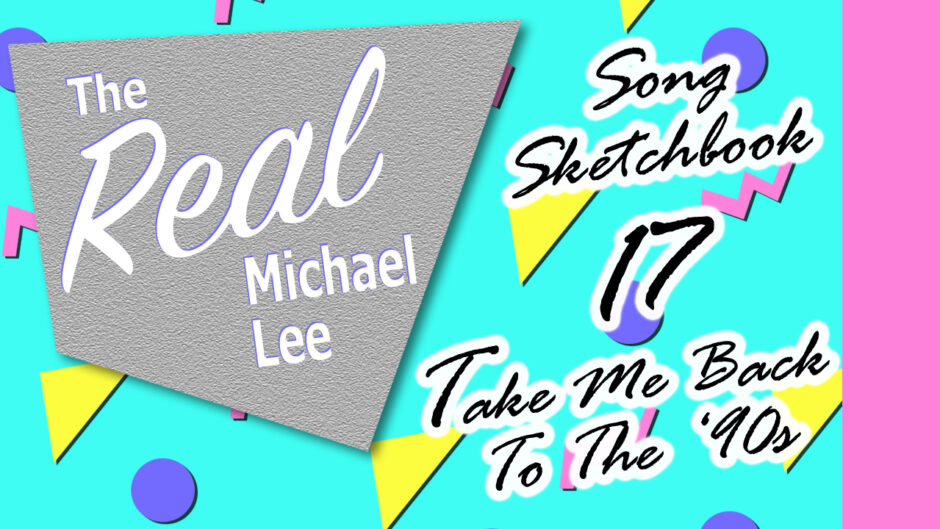 That is the most intentionally ugly thumbnail I’ve ever created… It certainly grabs your attention, though!

The idea for this song came from someone who frequently references things they did back in the ’90s. Many conversations would start with “You know, back in the ’90s” or “In the ’90s I…” It definitely seemed like their peak was back then, as if their point of reference for things NOW is all the way BACK THEN because they haven’t experienced anything new since.

Nostalgia can be a powerful thing. It can make millions as well as cripple a person’s emotional growth. Right now nostalgia is BIG, especially for the ’80s and ’90s. I think it’s all the millennials are “growing up” and trying to recapture their youth. The boomers did it, now it’s our turn. (Yes, I’m on the elder end of that spectrum but I’m a millennial.) BUT, nostalgia can be very dangerous. A little is ok, but get too far into the weeds and you can end up regressing as nothing new will seem worthwhile. It’s fine to keep an eye on the past, but your focus should be on the future.

Stylistically, for “’90s” I went with a doo-wop theme to invoke the nostalgia aspect of the subject. However I “updated” it with a synth and a fuzzed out bass. I also added that bit crushed guitar solo, which admittedly might be my favorite one yet.

If this song makes the cut for the album, I definitely want to adjust the backing vocals, specifically on the bridge. I’ll also tweak the EQ on the lead guitar as it sounds a bit muddy and a lot of the individual notes get lost in the mix.

What’s your favorite memory from the ’90s? Check out the song below and let me know in the comments.