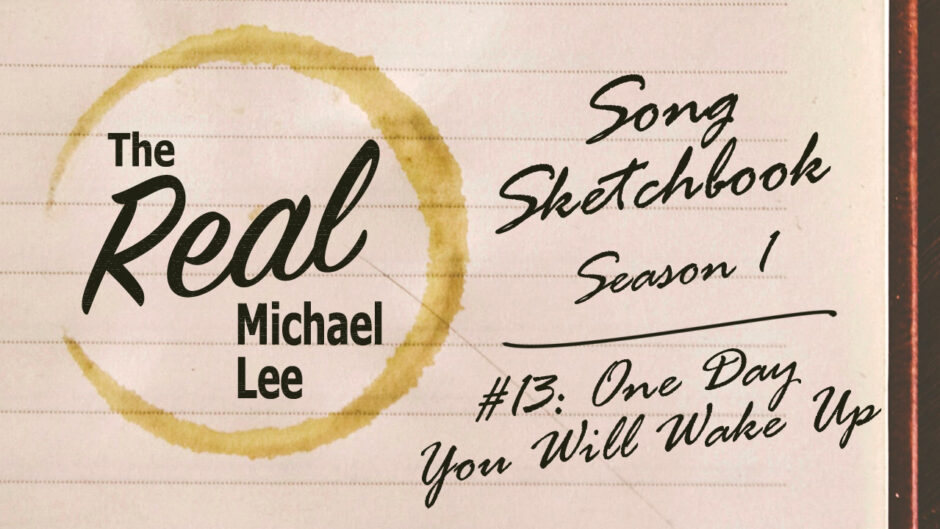 Yowza. What a week…. The derecho that tore through the midwest really threw a wrench into things and ALMOST made this sketch sound very different.

See, we lost power Monday morning and did not regain it until later Wednesday evening. I usually record Monday through Wednesday. By the time Wednesday evening rolled around, I was actually trying to record through the built-in speaker on a borrowed laptop, racing the clock that was the laptop’s battery life. Thankfully the power came on and I was able to quickly use my full rig to knock out this number in about two hours.

Since I recorded it in such a short amount of time, I didn’t have the luxury of doing multiple takes. Because of this the audio isn’t as polished as usual. Don’t get me wrong, it’s very listenable, but there are a few subtle audio bugs that I noticed that normally would have been corrected in another take.

One Day is based on the idea that every younger generation is seen as inferior to the one before it. That’s obviously not true, but when the generation below me is eating Tide Pods, one does have to wonder just a SMIDGEN. This song is a warning to my son that, while he might think it’s cool now, when he grows up he’ll look at those younger than him and shake his head in confusion and shame.

Musically this song was designed to be very folksy, however I didn’t imagine it as simple as it ended up. Oh well. I actually don’t mind the stripped-down nature of this version. If it makes it onto the album, I will probably throw in some bass and perhaps some more lead guitar flourishes to add some character.

Have a listen and let me know in the comments what you think: